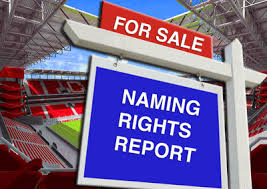 For the want of a better phrase, I’m in the entertainment industry, no different from singers, filmmakers and sporting franchises.  It’s a high profile but fickle industry.  One day it’s all great, the next it’s in the toilet.  Take a look at the music industry.  Digital music has really put a dent in how bands and singers make a living.  Radio isn’t what it once was, MTV wouldn’t know a music video if it came up and bit them and earnings from record sales barely cover the bills.  In response to those industry changes, musicians now make the majority of their income from performing live.

The reason I mention musicians is because the publishing industry is going through what the music biz did a few years ago and writers are facing some of the same issues when it comes to earning a living.  Ebooks have been a game changer—for better and worse.  I’ll be honest, the rise of ebooks worked out for me.  In 2010, my main publisher was going bust and to compound matters, I’d lost a ghost writing contract which meant my writing career was face down in the water.  I reinvented myself through ebooks which garnered new contracts with new publishers, so phew.
But if events in the publishing industry in recent years taught me anything, it was if there can be a seismic shift once, there can be again—and I need to be ready, if not ahead of it, when it comes.
And that’s where things get a little tricky.  Where bands and singers can fall back on performing live, authors don’t have that second string to their bow.  No one is going to drop fifty bucks to hear me read my books at Madison Square Garden—although if you are, let me know and I’ll book the Garden tomorrow.
But in all seriousness and for the sake of job stability and sustainability, I have been trying to come up with what is the writer’s equivalent of the ‘live act.’
And finally, I think I’ve come up with it with—NAMING RIGHTS! 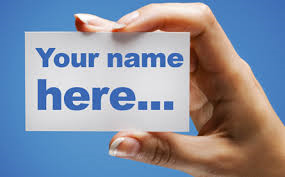 Yes, just like a football or baseball team, I am offering for sale the naming rights to my writing realm.  Can’t you see it now…The KFC Imginatorium instead of Simon’s writing room? But I have one thing over the sports teams.  Where they only have the name of their stadium to sell, I have many nameable assets.  I can sell the naming rights to my desk, computer, printer, bookcase, etc.  And I don’t have to do deals with corporations.  I watch PBS.  Individuals can get in on the game too.  How would you like to put your name on my signing pen?   Sounds ludicrous, doesn’t it?  But be honest, you’re tempted, aren’t you?  I am giving you a once in a lifetime chance to become a part of my creative process—and you can’t put a dollar amount on that.  Well, you can and I am willing to do that if we can come to a monetary arrangement.

I’m sure some of you are thinking, Simon you’re shameless—and you’re right, I am.  I’m a storyteller but at the same time, I’m a business owner and I have to do business owner type things to stay in the business of storytelling.  Shame is one thing a writer kicks to the curb early on.  So who wants to have their name on my laptop?  I have all the paperwork ready for you.  😉