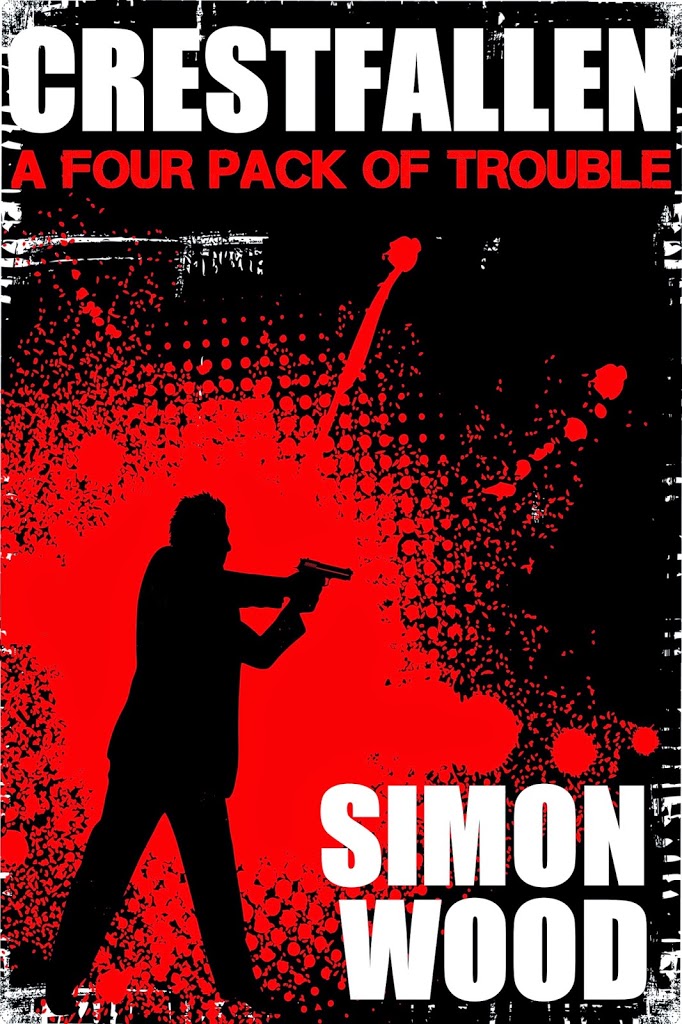 This month’s Back Story piece centers on my recent release, CRESTFALLEN.

When I decided to write, I wanted to write PI novels like Raymond Chandler.  There were two problems with that plan—one, I didn’t know what a Private eye did and two, Raymond Chandler is a bloody good writer.  So I tended to steer clear of PI fiction, mainly for the latter reason.  The problem was I wasn’t Chandler.  I didn’t have his experiences or his world view.  I had my own and it was more in line with Hitchcock’s movies—ordinary people in extraordinary circumstances.  It was me in a nutshell—and I’m happy with my nutshell.

However, I still wanted to write pulpy PI stories and I wanted to create my “Marlowe” character.  I came up with Peter Crestfallen about a decade ago.  I tested the waters with a short story.  It sold very quickly and I wanted to keep going but I needed to do my research.  I signed up for a couple of classes in Sacramento—“How to become a PI” and “How to find out anything about anyone.” Even if I never wrote another PI story, I thought the classes would be good research for other novels and stories.

Both classes were run by a woman who was a PI in the greater Sacramento area for a couple of decades—and she was awesome.  Just like Marlowe, Spade, Archer, Hammer, etc., she ran a lone wolf PI agency, but if you’re imagining a leggy redhead with cleavage to drown a football team in, then think again.  In appearance, she had more in common with Miss Marple than VI Warshawski.

She taught us the mechanics of what you had to do to become a licensed PI in California and how to build investigation hours and credits.  The “How to find out anything about anyone” was essentially a public records class.  She detailed how to track people and find them through public records and how to protect yourself against being traced.  This was all very interesting stuff and useful to me in my other books.  I’ve used several nuggets of information in a number of them over the years.  However, her personal experiences were worth the price of admission.  She talked about her career and how it wasn’t like the movies.  I liked how she was the “go to” person when it came to serving papers on the unserveables. She got to people that other process servers couldn’t reach.  She had some nice tricks for catching people out. Her story about tailing a client’s husband to strip clubs became the inspiration for CRESTFALLEN’S KINK.  A number of her other tales made their way into the stories in some form or another.

I took the classes for story purposes, not knowing that Julie and I would become PIs ourselves a few years later, but not in the traditional sense.  We worked for an agency and started off as mystery shoppers before ending up going undercover in casinos in Nevada and California trying to unearth staff who were stealing from their employers.  This work is very different from the modern PI who tends to work on the behalf of defense lawyers—read David Corbett’s books for an idea.

Having done some PI work and talked to a few modern day PIs, I was a little worried that the classic PI we know and love ($50 a day plus expenses) doesn’t really exist, so I took comfort that there was someone out there gumshoeing it like Marlowe.  So I hope you’ll give the CRESTFALLEN stories a shot and if you buy a copy, let me know and I’ll send you an audio edition of CRESTFALLEN’S WIDOW just to ensure I pick you up as a client.  J