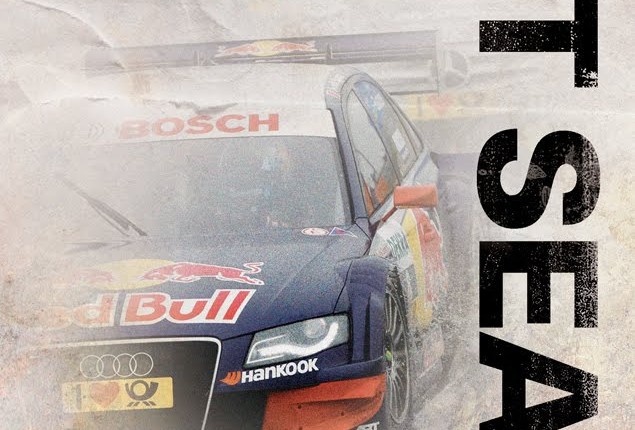 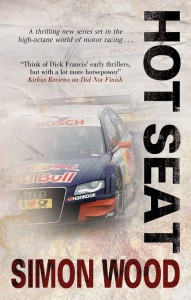 This is my last piece on HOT SEAT, so I wanted to take today to discuss one of the characters in the book. For my wife, the stand out character in the book is Steve Westlake. Steve is Aidy’s grandfather. Julie likes the relationship between Aidy and his grandfather. I suppose it’s because they don’t have a traditional relationship in that Steve takes over as Aidy’s guardian after his loses his parents when Aidy was a kid. He teaches Aidy everything about motor racing and acts as a confidant and friend. So Steve is many things to Aidy.

I can understand why Steve had an effect on Julie because Steve is based on two very important people in my life—my uncle Steve and my dad. My uncle Steve is my mum’s youngest brother and he was the cool the uncle when I was growing up. He always seemed like a free spirit and always made me believe we were all capable of anything. My dad is the opposite of my uncle Steve. He’s grounded and dependable. He was part of my pit crew and a steadying influence on me when things got crazy in the pits. He had a good engineering mind and his thoughts always gave me confidence when it came to coming up with solutions for the race car. It helped me be a far more focused and relaxed driver. And for that I’ll always be grateful to my dad.

By way of a thank you to my dad, I gave Steve an interesting quirk in that he looks like Steve McQueen. Now my dad doesn’t look like Steve McQueen, but he does possess a passing resemblance to Paul Newman (according to some) although he has pale grey eyes opposed to Mr. Newman’s baby blues. I thought it would make for a nice tribute. 🙂

I do like how Steve Westlake turned out. He’s a far more rounded character than I’d hoped to create, but I have my uncle and dad to thank for that.

This concludes HOT SEAT‘s month in the sun. I hope my stories, my experiences and the book have piqued your interest and you’ll pick up a copy. I think you’ll like it.