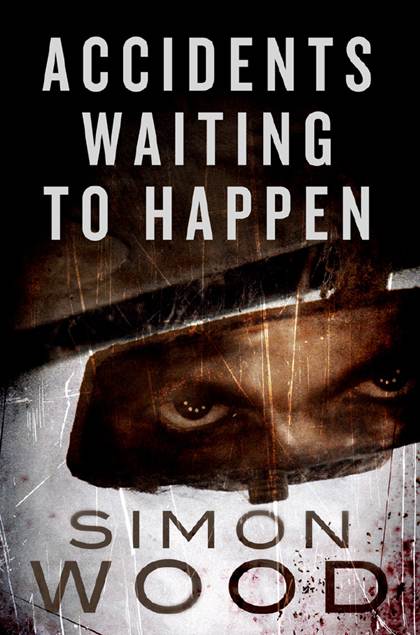 This month marks a special moment for me. It’s been twenty years since the release of my first novel, ACCIDENTS WAITING TO HAPPEN. That book and I have been on quite a journey over the last twenty years. My first thriller has come of age.  It’s been responsible for a lot of firsts in my writing career:

When I look over my writing career, this book has been the one that kept my career moving on to the next stage. Although first published by a small publishing house, it picked up a lot of good trade reviews which gave me some legitimacy as a writer. That resulted in the book picking up a contract with a New York publisher. When the NY publisher folded during the credit crunch, it was the book to reboot my career when I relaunched it as an ebook. The sales success of the ebook resulted in an 8-book deal with a new publisher and a new edition. And if it wasn’t for that 8-book deal, I wouldn’t have the success I’ve had with my other books. Whenever I examine my writing career, invariably it all stems back to ACCIDENTS WAITING TO HAPPEN.

The book has served as a springboard for so much.  When I take stock of where I am today, I’m astounded. I’ve had over fifty book releases in a dozen countries having sold two million copies with my books produced in hardback, softback and audio. It’s bonkers!

Another weird factoid is there are three versions of the book—the 2002 Barclay Books version, the 2007 Dorchester version & the 2011 Thomas & Mercer version.  Each version got revised…and got shorter each time (I got better at being more concise). The Thomas & Mercer version is some 15,000 words shorter than the Barclay Books version.  I don’t think many writers get to rewrite their books…

This book about an obscure, but chilling facet of the insurance industry changed my life.  I wouldn’t be where I am today if it weren’t for it.  I will forever be in this book’s debt.

To mark the occasion, there’s 20% off all my titles at my website when you use the code “20TH.” So if you’ve never read ACCIDENTS WAITING TO HAPPEN or want to grab the other editions or want to catch up on my other books, just go to https://simonwood.net/books/.