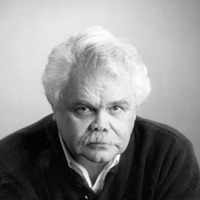 I’ve just finished reading the late Brian Garfield’s short story collection, SUSPENDED SENTENCES. In the introduction, he thanks Ed Gorman for helping him with the book, which I found touching, because I also owe Ed Gorman a debt of gratitude. When my first thriller, ACCIDENTS WAITING TO HAPPEN, came out, it was with a small publisher with a small print run of a few thousand copies. In that situation, getting any kind of promotional and industry support was tough. I wrote to Mystery Scene magazine which Ed owned at the time. He liked what he saw and assigned the book to one of his reviewers which resulted in my first trade review. Seven years later, Ed and I ended up being stable mates at the same publisher. He wrote to our editor to say how much he loved my books and to recommend that he keep on publishing my books. The editor forwarded his email to me saying I had a fan. We asked Ed if he would turn his praise into a blurb for my upcoming book at the time, TERMINATED, which he did, saying:

Of all the blurbs I’ve received for my books, this is one of the most cherished.

Here’s the astounding detail about this—we never met. We kept in touch over the years until his death in 2016, but it would’ve been nice to have thanked him in person. This public thank you will have to suffice in its place.