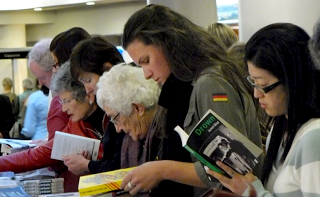 I don’t like discussing how many books I’ve sold.  It’s boastful.  I’m English.  As a people, we don’t boast.  But in the quieter moments of my day (usually around royalty statement time) I will tot up how many books I’ve sold.  Not to boast (see the English thing), it’s quite a few nowadays.  Not as many as I would like, but a lot better than I ever imagined.  However, I find it hard picturing my readers.  Say a thousand people buy a book of mine.  By publishing standards, that’s not a lot, but you wouldn’t want to wait in line behind them for the toilet.  So when it comes to things like this, you need a bit of perspective.

Ten years ago or so when my first book came out, I came up with a way of quantifying the number of people who bought my book.  I chose NFL stadiums.  The average NFL stadium runs what—80-100,000 seats?  I liked to picture all my readers entering the stadium with a copy of my book under their arm.  Yes, ambitious, but it gives some nice context.  Unfortunately, sales for my first book wouldn’t have filled one section.  Kinda sad, but I had a true sense of the physical size of my readership. 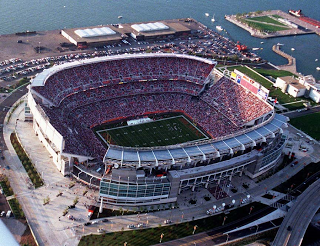 I’m happy to say that’s changed.  In the last few years (and I do mean few), I’ve found a readership.  Since 2011, my readers are just taking their seats in their twelfth stadium.

Excuse me, I have to leave the room for a second…

I guess I’m a little freaked out because this has gotten bigger than I ever imagined and by the same token, this is serious business now.  Writing is no longer a trivial pursuit.  People expect a good book and I have to do my best to make that happen.  It’s a little disconcerting to wrap my head around that.

But for me, I am, hand on heart, blown away by how many people have bought my books over the years.  I’m grateful to every single one of you—and I promise to do my best to entertain you with each book and story to come.  And for those who haven’t bought a book, try one.  There’s a seat waiting for you in a stadium in my mind.   😀