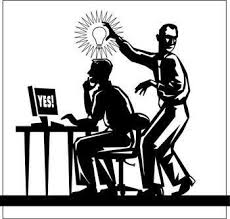 Plagiarism is nothing new to me, sadly.  My work has been plagiarized several times.  Never my fiction, always my nonfiction.

The first time was a few years ago.  I’d given a presentation to a Sisters in Crime chapter.  Twenty-four hours later the handout I’ve given out during the presentation came back to me as part of an email chain but with my name had removed from the piece.  That was more of a piracy than plagiarism but it made me aware of the situation.  After that I set up a number of Google alerts to alert me when key phrases of mine are used.
Doing this has proved useful.  Over the years, I’ve discovered a number of people who’ve repurposed my work.  In some cases, it’s just ignorance.  “What do you mean I can’t copy and paste your work into my blog and not give credit?”
One of the more egregious examples came in the guise of a “writing teacher” who essentially copy and pasted articles from Writer’s Digest’s archives onto her blog under her name.  Someone who recognized the piece called her out and a dollop of public shaming ensued.  The woman apologized to her followers but doubled down on her error and showed her ignorance of plagiarism and intellectual property by then paraphrasing my work and calling it her own.  Sadly, despite all this and a public apology (not to me or Writer’s Digest), her followers still congratulated her on “her” insightful writing.  I think that irritated me more than anything.
My normal response to plagiarism is to check whether the plagiarizer is making any money off my work or not.  If they’re not, I usually just let it ride because I’ve trying to explain the error these people have made has proved more difficult that I would have thought.  It’s surprising how many people think they’re not doing anything wrong. 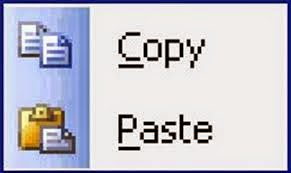 However, my stance has changed.  I now have to pursue and punish anyone I catch using my work.  The reason for this is my leniency cost me.  A couple of years ago I came across a writer who used one of my pieces on their blog.  It was wrong but I let it go.  Then last year, Google alerts kept flagging my work to a book on writing by the same writer.  I bought the book and discovered seemed to use a number of key phrases and points I made in my article, albeit fleshed out.  I debated taking legal action but chose not to.  The reason—I’d failed to do my due diligence.  I hadn’t challenged the person at the time and I didn’t document the earlier incident.  I certainly could prove I had published the idea a decade ahead of them but it would prove tenuous in court, so I had to let it go.
This has been a harsh lesson that I have to learn from with future incidents.  I hate being a dick but I don’t think I have a choice.  So no more Mister Nice Guy.  You’ve been warned evildoers.

One Response to “SHELF LIFE: Copy That!”