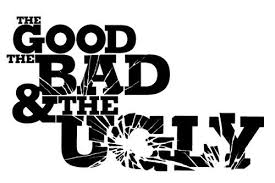 Great fiction can teach a writer a lot about their craft, but so can bad fiction.  I don’t go out of my way to find crappy stories, but if I come across one, I won’t trash it, I’ll examine it.
A few years ago, I attended the Alameda International Film Festival on Halloween night because the organizers were showcasing a number of short horror features.  It was held at a great little community movie theatre located on a quiet neighborhood street.  In a previous life, the theatre had been a church.  Now the pulpit served as the projector room.  The pews had been replaced, but instead of theatre seating, it was all threadbare sofas and la-z-boys.  Neat!
That was the good side of the evening.  Sadly, only a couple of films were entertaining.  Most were lacking and a couple were damn right awful.  I didn’t go in with high hopes, but I was hoping for something to stand out.  However, the night wasn’t a washout.  Each of the films taught me something about my writing.  Several of the stories lacked subtext, and were nothing more than a series of events daisy-chained together.  Others blew my suspension of disbelief because they lacked credibility and/or suffered logic problems.  A couple had complex stories that were unsuccessfully told.  A couple of stories had conclusions come out of nowhere, while others were so obvious that I knew what to expect moments after the opening credits.  One was technically perfect from a story standpoint, but suffered from awful dialog.
I walked away from the night with a head full of pointers.  The movies made me conscious of my own work.  Had I committed any of these cardinal sins in my current batch of works and in my past stories?  Because of what I’d seen, I gave a couple of my “finished” short stories another going over just to make sure I hadn’t committed the same literary sins.
The problem is that after a while, it’s easy to get complacent.  I’ve gotten comfortable with my writing voice and if I don’t pay attention, my writing will get worse and not better.  Seeing someone else’s mistakes makes me think about my own potential clangers sticking out from my manuscripts.
A truly great story can inspire and educate, but it can’t demonstrate the mistakes.  For that, you have to look at the imperfect.

One Response to “SHELF LIFE: The Good, The Bad & The Educational”