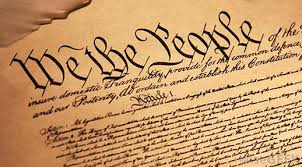 As we surge headlong into midterm election season, I try not to get dragged along with the tide.  Having had some close encounters with politicians in both the US and UK, I’m not a big fan.  I feel we don’t vote for the best person for the job but the person who’ll do the least damage.  However, I do have to give them credit for doing a job most of us unwilling to do.

But politicians frustrate me so I’d like to set the record straight on a few points:
Feel free to share with your elected officials…I know I will be.