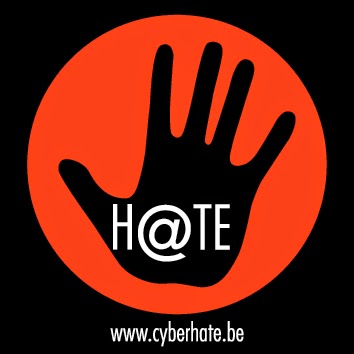 I don’t know if anyone saw the stand Anne Rice has been taking against cyber bullies and net rage.  She started a petition to have Amazon and other sites remove nasty and hateful reviews.  I’ve long lamented that it’s quite depressing reading the comments feed on any news story as it seems to be an excuse for people to trot out their hate and contempt for anything anyone does or achieve.  I swear the headline could be “The sky is blue” and within ten minutes the sky will be condemned for its connection to the political right or left or the NSA.  So I applaud Ms. Rice’s efforts attempt to clear up the online nasty reviews.  However, at the same time, I’m not sure how much it will help in the long run.  Whatever measures anyone takes to correct a problem, people will find a work around pretty quickly.
I don’t say this lightly or without personal experience.  A few years ago, some of my essays were syndicated on Yahoo.  Within a day there were 250 online comments.  Half of which were hateful or derogatory.  This didn’t include the personal emails I received of a similar tone.  Things got strange when ACCIDENTS WAITING TO HAPPEN broke out a few years ago.  The book had been climbing the charts for several weeks, then Amazon highlighted as a book to buy and it ended up at the top of Amazon’s charts.  It stayed in Amazon’s top 100 books for six weeks or so.  It would have stayed there longer if things hadn’t gotten a little nasty.  Now, I know the lead character’s faults are polarizing with some readers.  So as much as I want everyone to love the book, I know not everyone will like it.  It’s the problem with any subjective work.  There’s no right or wrong answer.  There’s just opinion.  But some of the reviews were brutal, even libelous in some cases.  I didn’t think anyone could hate a book that much.  However, the strange part was seeing reviewers bullying other people who’d posted good reviews and telling them to take them down.  Some people did.  The reviews got weird in other directions.  In some cases it was obvious that trashing books was what they did from their review history.  In other cases, it was pretty obvious that some people were hiding their identities because the reviewer was XYZYZXC or something with no other review history.  It became clear in some cases that that person hiding their identities were other authors.  To Amazon’s credit, they took down some of the offending reviews—not at my behest but at the request of strangers who found certain reviews objectionable. Kinda lovely to see people do something nice for me.  However, the damage was done.  Sales of the book collapsed which in turn impacted revenue which in turn impacted my livelihood—and that’s a problem.  Also I withdrew.  I don’t think I spoke to anyone online or otherwise outside of Julie for six weeks.  I was quite ashamed of what I’d chosen to do with my life.  But I bounced back and got on with what was important to me—telling stories.
Still after all that and other experiences, I support the petition but I don’t have much faith in any countermeasures.  The reason is simple—you can’t stop people from being dicks.  As much as I wish you could, you can’t.  Dickishness is a universal constant like gravity.  It’ll always be with us.
I don’t know why people seem to go out of their way to vilify everything and everyone they disagree with and I won’t bother boring everyone with pop psychology.  I just know this online contempt has been growing over the last decade or so, and it’s depressing.  I find the level of intolerance and ignorance shown for another person’s beliefs while screaming bloody murder should anyone dare to challenge theirs truly saddening.  Being that angry all the time has to be exhausting for them.  However, like I say, dicks will be dicks and we can’t change that.
And hitting delete on cyber bullies will only serve to turn them into victims.  They’ll scream their free speech is being challenged and this will lead to more hateful outlets.
And as lame as this sounds, the only way to deal with the cyber bullies is to ignore them.  Let them scream and shout and spew their hatred and contempt.  Just don’t engage it.  Engaging them won’t diminish them.  It only emboldens them and draws more attention.  If no one listens and the more discerning readers filters them out for more reasoned commentary, all the hate in the world has no effect.  If the review read: the author is a whore who sleeps with dogs.  I don’t think many people are going to base their purchasing decision on remarks like that.
I know this is the approach used for dealing with unruly children, but that’s what we’re dealing with at the end of the day—immaturity expressed by people who don’t know any better—yet.