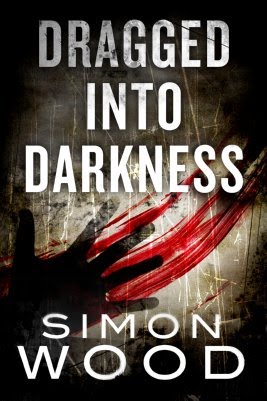 People ask me what scares me, what my deepest fears are, and what sends me into a panic. Austin Powers says he fears only two things: nuclear weapons and carnies. I’m different. Pretty much everything frightens me. I think people are usually looking for a man-of-steel kind of an answer. But I have to disappoint. I’m scared of my own shadow. Literally. It’s always there, behind me, creeping up on me. There it is. Arrrrhh!!!

I’ll go into a cold sweat at a Starbucks. The choice dazzles me and I can’t make up my mind what I want. Suddenly that long line looks real short. Now the choice isn’t the scary thing, but what happens when the green aproned personage asks for what I want and my answer is er, I need some more time. I know the people behind me are going to start gnashing their teeth and all because I don’t know what fancy coffee I want. Eek!

Everyday things scare me. I lived in an apartment where the shower curtain had a habit of clinging to me when I got within a foot of it. The material had an odd texture that felt like skin when wet, which was a distinctly unpleasant sensation. I got to fear that damn shower curtain and avoided using it (and Julie got to hate that I didn’t shower). But that was enough to spur a story for DRAGGED INTO DARKNESS about a haunted shower curtain…

A few months back, my Sisters in Crime chapter volunteered to man (or woman) the phones during the local PBS pledge drive. I feared my phone would ring, because I might get someone with a weird name I couldn’t spell. I thought, if I screw up the donation, PBS won’t get their money and Yanni won’t get his funding and he’ll hunt me down like a dog.

So yes, I can make anything scary. It’s a talent. Don’t applaud me all at once. You can’t all be like me.

I made author fears a topic at a World Horror Convention panel. It was a really interesting panel. A number of the authors discussed their darkest fears. Some were parents were frightened by the potential loss of their children. Several had had incidents that led them to write stories.

Fear makes for great storytelling. It’s a fossil fuel with an inexhaustible supply. It drives stories. It forces the reader, the writer and the characters to face what frightens them full on. Stories thrive on conflict and facing your fears is the greatest conflict. No one is fearless, so everyone can relate.

The best scary writing explores our archetypal “core” fears. People fear the unknown, the loss of a loved one, loss of liberty, loss of control, their position in the world. The point is that to write scary stories, you have to be fearful. The adage goes you write what you know and fears are very real and accessible. Horror stories just don’t explore someone’s fear of vampires, werewolves and Freddy Krueger. They explore a power stronger than the individual and that overwhelming power has the ability to rob you of what you hold most dear or thrust you into an environment you desire least. No one fears Freddy Krueger. Everyone fears what someone like that can do to them.

So my myriad of fears are good for my writing. They keep it real (scary). It’s easy to see what I, the writer, you, the reader, and they, the characters have to fear. For me it’s easy to slip into a fictional situation. Paying the Piper, features a child abduction. Now, I’m not a parent, but I can imagine myself in the parent’s position and the terrible state I would be in if my child was snatched from me.

Now if you’ll excuse me, I’m next in line at Starbucks and I don’t know what I want.

Yours cowering under the bedclothes,
Simon