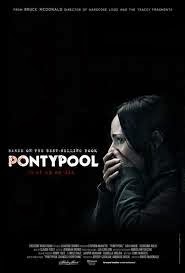 With Halloween around the corner, there’s still time to stock up on some scary movies at Netflix and your local video store (if any exist).  Here are my horror movie picks for this All Hallow’s Eve.
1.    THE THING (1982): Man is the warmest place to hide when aliens want to take you over at the South Pole.  The ’82 remake is the exception to the rule that remakes can’t be as good as the original.
2.     INVASION OF THE BODY SNATCHERS (1978): Another outstanding remake.  Set in San Francisco, the pod people are among us.  The great thing to note here is as creepy as this movie is, it was a PG, proving creepiness trumps gore.
3.    THE CHILDREN (2008): A movie from the UK about a Christmas getaway where as the children get sicker, the more dangerous they become.
4.    SESSION 9 (2001): A masterpiece in bringing out the gooseflesh.  A work crew clears asbestos out of an abandoned mental asylum to expose the insanity trapped within the walls and amongst the crew members.
5.     SPLINTER (2008): A wonderful low budget movie about a criminal on the run and his captives trapped in a gas station from a dangerous form of plant life.  Surreal and odd, but very effective.  This does everything right that the terrible RUINS did wrong.
6.    PONTYPOOL (2008): A small town DJ in rural Canada starts the early morning show as the wheels comes off his little community.  People are losing their minds and it could have something to do with the things we say. A cracking movie helped by the fact it pretty much takes place in one room.
7.    ONE MISSED CALL (2003): Kids in Japan receives voicemails from their future selves.  Of all the Japanese horror movies over the last couple of decades, this is hands down the best. Boiled candy will never be so scary. Just ignore the American remake.
8.   ONE MISSED CALL TWO (2005): One of those rare occasions where the sequel is as good as the original. This one delves into the origins of the first movie to give a satisfying explanation of events.
9.    THE CHANGELING (1980): I could have picked a couple of classic ghost movies such as The Haunted or The Legend of Hell House, but I wanted to go with something a little less known with The Changeling.  George C Scott rents in a haunted house to escape his own tragedies and ends up unearthing another.  A bouncing ball will strike fear into you.
10. A STIR OF ECHOES (1999): An excellent adaptation of Richard Matheson’s book about a man who sees ghosts after he’s hypnotized. Very atmospheric and worth watching for the hypnotism scenes.
Well, these are just a few of my favorite scares I’ll be tucking into this Halloween, but what about you?  What’ll be playing on your DVD?