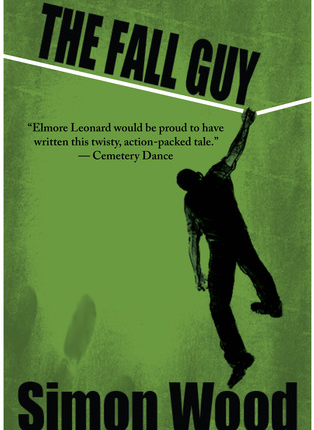 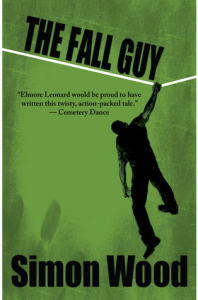 I’m very happy to announce that the German language rights to my crime caper, THE FALL GUY, have been picked up for print, electronic and audio editions. It’s the story of Todd Collins. He’s failed in every job he’s ever undertaken, but that all changes when he backs his jalopy in a shiny, new Porsche belonging to a drug dealer. When the police stop the drug dealer for a broken taillight that Todd has caused and discover a cocaine shipment, a West Coast kingpin holds Todd responsible. On the run from organized crime, Todd discovers his true calling.
This story has gone from strength to strength in recent years.  It first started off life as a short story called FENDER BENDER.  A publisher liked the story so much that we build the concept for my short story collection around it for WORKING STIFFS.  The editor gave me one instruction: develop FENDER BENDER into a much larger story—and THE FALL GUY was born as a short novel. Author, Scott Nicholson, urged me to release it as a standalone piece and I’m in his debt because it took off an eBook and Comet Press picked it for a paperback release. So I’m especially pleased to see it get secure its first translation contract.
I don’t have a release date for the German edition, but I’m hoping it will be before the end of the year.  At the moment, translators are being auditioned for the job.  This is always interesting to see how a translator will bring the story to life in their native tongue.  I wish I was fluent in German to see how the story will be finessed from English to German.  One thing I’m pretty sure of is that the title will change.  All my translated books have come out with totally different titles.  ACCIDENTS WAITING TO HAPPEN became ABGEZOCKT(aka Scorched or Burned in English) and the Turkish edition of WE ALL FALL DOWNcame out as DEATH SONG.  So I’m intrigued to know what THE FALL GUY becomes.  J
I don’t know what the future hold for this story, but I hope it keeps on growing.  I think Todd is owed that much.