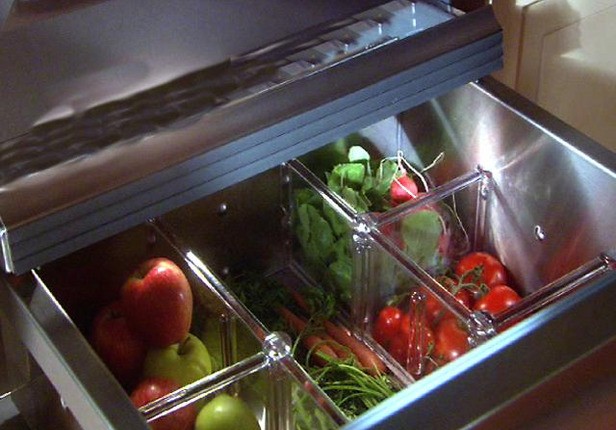 I don’t profess to being a genius of any kind. I admit there are things I don’t understand, like string theory, chaos theory and peanut butter. But there are certain things I don’t understand, but also I get the feeling no one else does either. Once such thing is the crisper drawer in my fridge. I don’t get it. The crisper drawer is supposed to keep vegetables and fruit crisp. That’s great, but I don’t see how it does it and it’s not like I haven’t tried. Many a time, I’ve sat on the floor with the fridge door open watching the fridge refrigerate and I’ve not witnessed the crisper drawer do anything.
Before anyone jumps up and down on me about the mystical powers of a crisper drawer, show me the technology because I don’t see anything. As far as I can tell, it’s just a plastic drawer with the power to open and close. It’s not even an airtight seal. So how it is doing anything different than the egg rack?
I think crisper drawer falls into the kitchen appliance equivalent of the emperor’s new clothes. Fridge makers the world over have told us that this plastic drawer can keep things crisp and we believed them. So I think I’m going to have to call time on this one. Just like Solent Green was people, the crisper drawer is just a drawer. Pass it on.