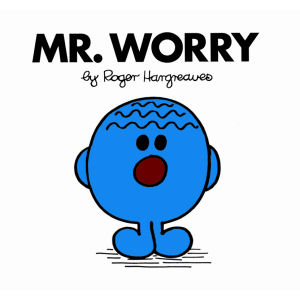 I have the jitters.  Book jitters to be exact.  I always get them with an impending release.  NO SHOW is done.  My editors and I have whittled away at it over the last six months and it’s as good as it’s going to be.  And it’s going to be good, if my editors are to be believed.  My main editor thinks it’s the best book of mine she’s worked on so far.  One of my copyeditors thought it was “breathtaking.”  Another thought the Greek tragedy element and nontraditional happy ending were refreshing.  All these comments should fill me with confidence, but they don’t.  They’ve made me more nervous than normal.  The problem is you—the readers, the public and other sentient beings.  You guys all have minds of your own.  And that’s troubling to me.
The problem is stories are subjective.  No two people see the same thing.  We all bring our own baggage to the party when reading a book.  It doesn’t matter how tightly I construct a story, there’s a chance you’ll miss some of themes I’ve woven into the piece or you’ll read into the story some subtext I never intended (but if it makes me look good I will take credit for it).  So even if we have a meeting of minds, we won’t all connect on the same level.  Even if we all like it.
I learned quite a while ago that readers don’t see things the way I do.  When my first short story collection, DRAGGED INTO DARKNESS, came out, I was convinced which story would be the reader’s favorite—which would coincide with my favorite story.  Unfortunately, it didn’t play out that way.  People’s favorite stories ran from top to bottom with now clear leader.  You’d think all you people are individuals or something.
Since then I’ve come to learn that I lose ownership of my books the second they hit the bookshelves.  I have to let go and leave it out there to sink or swim. Despite that Zen outlook, it doesn’t make me feel any easier, because this is the limbo time.  With ten weeks to go before NO SHOW is released, I fret over whether the book is a good one or a horrible mistake.  It’s very Schrödinger’s Cat.  At this stage of the game the book exists in two states—a work of genius and a total piece of crap—and until someone cracks the binding; I don’t know which I’ve created.  Yes, I should be more confident, but I can’t.  Hand on heart, the response to every one of my books has surprised me, regardless of whether of the criticism is good or bad.  I always think, wow, you thought that?
All I can say I’ve put my heart and soul into the book and I hope that shines through to you, the reader.  I’ll know in ten weeks.
Yours in literary purgatory, your humble author,