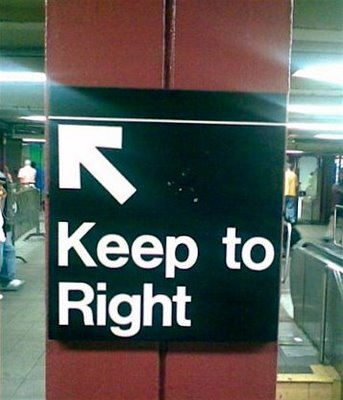 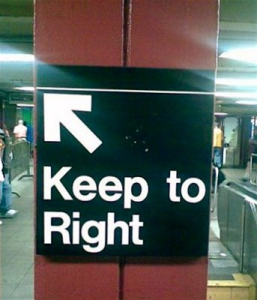 Following in the great traditions of Captain Scott and Columbus, I’m a traveler and just like them, not such a great one. Okay, I’ll admit it, I’m directionally challenged.
Since I’m dyslexic, my internal compass is a little scwiffy. The big issue is that if I look down a street from one end, then look at the same street from the other end, I don’t recognize the street as being the same one. My brain doesn’t make the correlation and I see two totally different streets. Only after 20 or 30 times will I realize that the supermarket on the left side of the street going south is the same one as is on the right side going north. My directional problems are compounded by the lopsided freeway system around the Bay Area. Rarely are exits paired, so if I get off at the wrong one, there isn’t an easily accessible exit to get back on. You can travel for miles searching for an onramp, but to no avail.
Naturally, every so often, Julie will receive a call from me saying, “I’m lost.”
She’ll ask me useful things like, “Where are you?”
“I’m not sure, but the man says I need a passport to go any further. Do you want to speak to him?”
Incidents like these have led Julie not to let me out of the house without a luggage tag tied to my wrist with my name on one side and her cell phone number and our address on the other. Last year, Julie duped me when we took Royston to the vet to have one of those tracking microchips placed in his neck, and two vet technicians held me down to insert a chip in my neck. I’ll never forget the words, “It’s for your own good. I don’t want to have to retrieve you from the pound again,” as Julie put me in a headlock.
Well, Julie has gotten tired of me getting lost and for Christmas she bought me a GPS navigation system for the car. We tried it out and it’s pretty cool. So far it’s pretty idiot/Simon proof. I just tap in the city and street address and it’s away I go. I even tested its powers by taking the wrong turns to see if it could put me back on the right track—and it did. I also got to see the device demonstrate its “surly” mode. When you deviate from the straight and narrow, the device announces in a disappointed female voice, “recalculating,” just like a real wife would. Fantastic! I think Julie may have splashed out on this optional extra so that I would be used to female disappointment during long journeys.
So I’m set. I will never get lost again. I will arrive at places on time and I won’t have a surprised look on my face just because I managed to navigate my way to a location twice in the same calendar month.
I think Julie has an ulterior motive for getting this GPS thingy for me. I’m sure that if the day should come when she tells me to get lost, I’ll be able to find “lost” without any trouble.