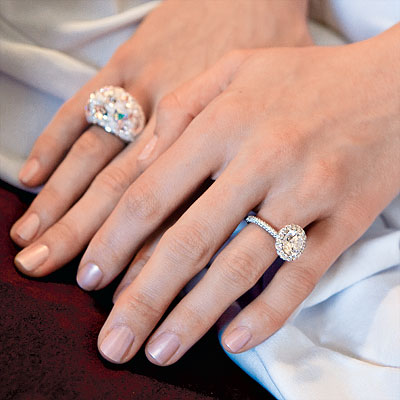 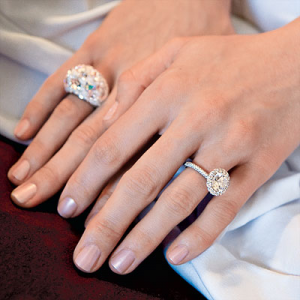 In the UK, the guideline is that an engagement ring should be in the range of one month of the groom’s salary. In the US, it’s three months. My response to that is–is that before or after taxes? It makes a difference.

And who sets this guideline? DeBeers. The diamond people. Hmm…might they possibly have a vested interest in how much a guy spends on an engagement ring? It would be like me saying you have to buy two copies of each of my books because it’s customary. That would be wrong (although I’m not stopping you from doing that if you feel so inclined).

Now, I’m not tight with money. Just practical. Yes, a diamond is forever and an engagement ring is a symbol of love and all that, but I can’t justify dropping 3 months salary on a ring. The money could be better spent on putting a down payment on a house or on a new home theater system or something for me and not her.

Essentially, I’m saying I’ll spend what I want on an engagement ring and I won’t be swayed by custom.

Julie would like me to remind everyone that I didn’t actually get her an engagement ring. Yeah, I know, but she said she didn’t want one and I took her at her word. Yes, Julie, I’ll sleep in the garage tonight.