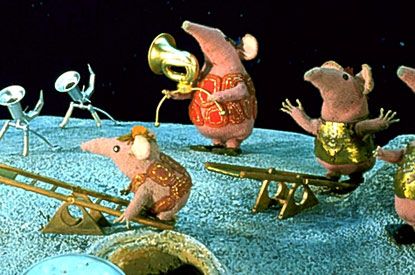 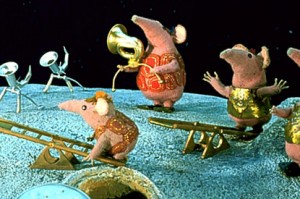 “Tell them about the puppets,” Julie said. “Go on. Tell them.”

So I’m telling you. This pet peeve isn’t mine. It’s Julie’s. And it’s a peeve she has with me when it comes down to me and puppets. Seeing as we’re chatting about my youth, this seems to be the perfect time to bring this pet peeve up.

I have a nasty habit that bugs the crap out of Julie. I’ll wax lyrical about a TV show from my childhood. I blew it when I tried to explain the show Thunderbirds.

“There used to be this show Thunderbirds and it was the best. I love the technology. They were one of the first people to show aircraft with a swept forward wing design, which was a Barnes Wallace concept.”

Of course, Julie didn’t have a clue what I was talking about, so I hunted down a DVD to show her. I sat her down and played it for her.

“They’re puppets. I can see their strings.”

“I know. Isn’t it cool? They applied this to all their shows. Can you imagine how expensive the show would have been if it was real life?”

“You didn’t say this was a puppet show.”

I tried to explain the marvel of imagination to her, but she couldn’t get by the strings issue.

My sister compounded matters when she sent me replica Clanger and Bagpuss dolls for a birthday.

“What are those?” she asked.

“What is it with you and puppet shows?”

“Nothing. They’re just shows I liked when I was a kid.”

I have a habit of retaining silly crap that strikes a chord, so I still know the songs from Fingerbobs. I often serenade Julie with the Fingermouse song and others.

“Well, Rick Jones, a.k.a. Yuffy, would tell all these stories with the aid of Fingermouse, Flash and Gulliver.”

“Is this a puppet show?”

“Not really. Rick Jones, a.k.a. Yuffy, used to wear a glove and attach a paper cone that sort of looked like a mouse’s face to his index finger and I’m not sure that constitutes as a puppet under the Geneva conventions.”

But by then she’s walked off in a huff.

Now Julie won’t have anything to do with my puppet stories or shows. Anything that has strings, fits over someone’s hand or is made of clay is taboo. This is the reason why I watch my Wallace and Gromit DVDs late at night after Julie’s gone to
bed.

So Julie has a pet peeve. I don’t see it as my problem. She’s one of those people who peeks behind the curtain to see the wizard. I’m quite content to believe in the magic…