As my keener followers know, I’m a road cyclist. And for my not so keen follower, you now know that I am, so consider yourself up to date.

Sunday, I closed out my 2012 cycling season by taking part in the Mount Diablo Challenge, an 11 mile time trial to the summit. All I can say is that I wish Mount Diablo wasn’t so pointy. A flat stretch would have been nice from time to time. Where is environmental erosion when you need it.

I took my cycling seriously this year. Normally it’s something I do for the pleasure, but after my bike crash last year, things got a little complicated. What started out as a broken elbow and a concussion started a chain reaction of health issues from the physical to the neurological with the result that doing things for pleasure might be a problem going forward.

I got very determined to fix things and by sheer will if necessary, but it was obvious that I wasn’t going to bounce back quickly. I was very diligent with my physiotherapy, but I also wanted to get back on my bike and for a couple of reasons. I wanted to ride again, I like it and I like to think when I ride, but I also needed to get back on my bike. Having been dormant for four months after my accident, my fitness had dropped off and that created some additional health issues, so I had to get my pedal on. For once, I wasn’t riding for fun. I was riding for a purpose. I was going to out pedal my ailments.

For me, taking a week off from my usual riding schedule usually takes a month to regain, so four months away from my bike sent me back to the Stone Age, cycle-wise. Up until my accident, I was riding in 100 milers on a regular basis, but by the beginning of the year, I couldn’t ride five miles without stopping. 100 milers were out of the question, not just then, but for the foreseeable future, because recovery was turning out to be a game of inches and not miles.

So I set myself some goals. Ride in 100km rides and finish one in less than four hours, compete in Levi Leipheimer’s Gran Fondo, one of the largest rides in the US and compete in the Mount Diablo Challenge. These two rides took on Grail like significance for me for a few reasons. I was signed up to do both rides in 2011 and it killed me not being in a position to ride. Both these rides are tough yet fun. Who doesn’t want to take part in a ride with over 7,500 people? Who doesn’t want to ride up a mountain with a 1,000 other idiots? I have to admit that the Mount Diablo Challenge took on a special meaning. Mount Diablo dominates the skyline where I live. Riding to the top of it became to represent everything I wanted to achieve: fight my way back to health. I needed to ride to the top to prove to myself that nothing in life will ever hold me back. And completing the Mount Diablo Challenge would be my fuck you to my accident and a reward for a job well done.

Did I mention I have problem with drive? I can’t not be driven by something. It’s a pain, I know, but it’s the way I am. Just thought I’d mention it though. :-/

Well, to get there, this journey would be more than a thousand miles and needed to begin with a single pedal stroke. For milestones, I signed up for a bunch of 100km rides throughout the year. I started with the Pedaling Paths to Independence in February, which is a benefit ride for the blind. It’s not a hard taxing ride, so it was a good place to start. I finished the ride okay, but I was slow and more than a little saddle sore. As much as I thought this was a good start, I stagnated. For all the miles I was putting in, I was finding my form and I wasn’t getting better for it. By summertime, I was struggling to complete my training rides and worse, I had to face facts I wasn’t in good shape and it wasn’t safe to compete in some rides. I learned this during the Back Roads Challenge where my blood pressure crashed at the finish line and I struggled to stay conscious for about ninety minutes. That kind of scared me and I dropped out of the Death Ride. A high altitude ride over the Sierras was just the thing an ER trip called for. I also dropped out of the Best of the Bay after fifty miles when the temperatures climbed into triple digits and my stamina nosedived. But losing my gung-ho-iness seemed to kick start something. By the end of the summer, I was riding well, not pre-crash well, but better that I’d felt in a while. And at the Tour De Fuzz (a benefit ride for cops) I cracked the four hour mark for a 100km ride. I had a feeling I could so I pushed myself. I didn’t want the distraction of my bike computer ticking off the minutes, so I rode with it covered because I wanted the surprise when I crossed the line. And I was quite shocked to see 3hrs37mins staring back at me. I’ll be honest and say I was a little emotional to the extent where I got a little sand in my eye (if you catch my drift). I knew I was over the hump. More than that, I felt I was over the hump. I felt different, on the road to recovery different. Riding well in Levi’s Gran Fondo and the Mt. Diablo Challenge was a foregone conclusion. And they were, I broke the 4hr barrier again at the Gran Fondo in what is a much tougher ride the Fuzz one and I made it to the top Mount Diablo in my own time and in my own way. It wasn’t pretty and I would have liked to have been quicker, but there’s always next year for that. 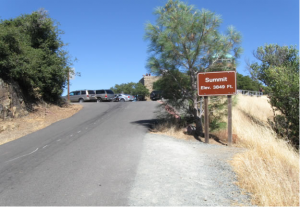 Oh, yes, that drive thing has kicked in again. I have new goals for 2013: 3hrs for a 100km and 60minutes for Mt Diablo. Look at that. Bloody ambition always getting in the way, but I have to be reaching for something. It’s just the way I am.

So it’s been a long 2012 and I’m satisfied, but not happy. I’m still not the cyclist I was 18months ago, but I know I can be. It’s going to take work, but it’s work I can do and work I’m looking forward to it.

I know this is a sappy piece, but it was important for me to share. I hope you understand.