Simon Wood's Web Hideout » Blog » Book of the Month: TREATING PEOPLE HOW I WANT TO BE TREATED 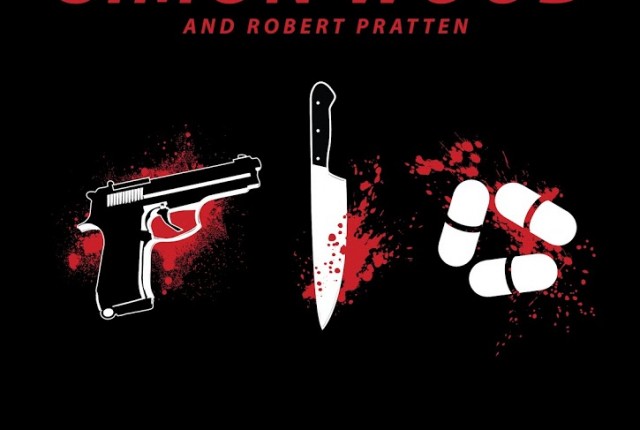 Lowlifes centers on a murder in the homeless community. As I wrote the story, it could have been easy to show the homeless in stereotypical terms as people lower down on the totem pole than the rest of society. I made it an aim of the story to show all kinds of homeless people, the likeable and the not so likeable.

I think the prospect of becoming homeless is a haunting one. A roof over our heads is such a basic need that it’s hard to imagine living without one. No one sets out to live on the streets, but life and circumstances can get away from us and there’s nothing to say that any one of us couldn’t end up homeless, especially these days. It’s easier to fall off life’s tightrope than you think.

The reason this subject appealed to me is that I’ve encountered all sort of homeless people. A few years ago, I was riding my bike into work early because I had to attend an offsite seminar. Unfortunately, I’d forgotten my keys to the building. This resulted in to me changing out of my ratty cycling clothes and into my work clothes by a fountain. With the early hour, I could get away with stripping down to underwear without being caught. So I thought. Just as I was pulling on my trousers, a young couple came around the corner and saw me. They were obviously homeless. They used the central plaza to sleep and the water fountains to the clean up. They mistook me for fellow homeless person and a new one at that and proceeded to tell me where I could get food, what water was fresh to drink and wished me luck on getting back on my feet. It was such a touching exchange that I never shared the encounter with my bosses. I didn’t want the plaza being locked down to make it impossible for this couple to come and go.

A couple of years ago, my sister was in Denver for a conference. She was shocked to find that several of the hotel staff working the conference were sleeping rough on the streets at night. She got to talking to a couple of these people who were in their early twenties who explained they could afford to eat, but not to live anywhere. My sister struggled on a personal front with that harsh reality.

Quite recently, late at night, a man offered to wash my wife’s windshield at a gas station in San Francisco. At first, she said no, but after she filled up, she offered the guy a couple of bucks. He refused the handout and said he’d only take the money if he cleaned Julie’s windows, so she let him. While he worked, they talked. He explained he’d been laid off, the benefits had dried up and he had no money coming in. He refused to beg for money, but he was desperate to work, even if it was for loose change. It’s hard not to admire someone for that level of self-respect.

I guess I’m saying you can’t judge person just by looking at them or by the situation you find them in. You have to talk to people first before you can make an assessment. I can’t say every homeless person I’ve encountered is like the people I’ve described. Some homeless people have been rude, aggressive, crazy and/or unredeemable. So when I’m approached by a homeless person, I always engage them. I may not give on every occasion, but I never pretend the person doesn’t exist, because if the tables were turned, I would want someone to give me a moment of their time.