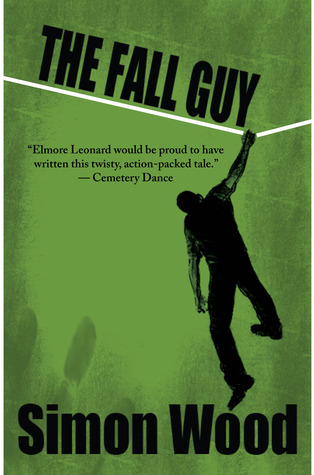 For every seventeen-year-old male in the UK, the number one purchase is a car. It’s a rite of passage–the first step towards adulthood and independence.

I was in engineering college when I turned seventeen. My birthday occurred late in the school year and several of my friends had already turned seventeen, passed their test and gotten cars–albeit jalopies for a couple of hundred quid.

John was the first of us to get his wheels, a ’72 Ford Cortina. Instead of running for the train to get to and from college, we rode with John. The convenience of car ownership was all too apparent to me, even by proxy. The responsibility of this convenience came a few weeks later. We’d returned back from lunch to the college parking lot. John found a stall behind the science block and went to park. He backed the car up, doing all the right things, but his skill deserted him and he reversed into the side of the Vauxhall Cavalier. There was no mistaking the buckling of sheet steel.

We all froze and waited for John’s reaction. Panic spread across his face. He had just kissed goodbye any possibility of a no claims insurance bonus.

“Do you think anyone saw?” he asked us.

The parking stalls were pretty secluded from the main parking lot. We looked around and saw no one.

We didn’t reply, just nodded. John burnt rubber and parked on the street a couple of blocks from the college. We walked back to our afternoon classes. John told us we weren’t to talk about this. He was stern, but I noticed his hands were shaking. He knew the crime he’d committed and the one we were accomplices to.

I was beginning to think we’d gotten away with it by mid-afternoon, until the cops interrupted second period. Two officers walked in with one of the college lecturers and some kid I didn’t know. One of the cops asked for John by name, but not the rest of us.

My heart was pounding, so I couldn’t imagine what John’s was doing. Unlike most college kids, we had more to lose than the rest. We were employed by an array of big name companies underwriting our college education and paying us a salary.

John came back thirty minutes later, looking sheepish. We were forced to wait until break to find out what had gone down with the police. We’d thought our crime had gone undetected but we were wrong. One of the other lecturers had witnessed the fender bender from the classroom. The lecturer not only knew us, but he knew the name of the second year student who owned the Cavalier. Giving the cops their due, they were pretty cool about it all, all things considered. They weren’t pressing any charges as long as John paid for the damage. They would be checking in with all parties to make sure amends were made.

John made good on his error and the event never made it back to our respective employers or parents. We all learnt our lesson. It was a stupid thing to do and we were damn lucky to have gotten away with it.

About a year later, a form of retribution came knocking. Kevin (who’d been in the car with us) came back from lunch to find a broken headlight and a note under his windshield wiper. The note said: People think I’m leaving you my name and address. I’m not.

No one had witnessed the incident and Kevin was left to carry the expenses.

These two incidents have always stuck with me. It’s one of those situations where I’d been on both sides of the equation, even if it was by proxy. So when it came to writing THE FALL GUY, my thoughts fell upon these two incidents and the storywas born. In the novel, the down on his luck protagonist, Todd Collins, backs into a Porsche and leaves a note not dissimilar to the one Kevin found under his windshield. This sets in motion a series of calamities, which winds up with Todd being indebted to organized crime and spending the rest of the story trying to get the monkey off his back.

I don’t know if I wrote the story as a penance or a warning to others, but it may have something to do with a theme that occurs in many of my stories. A crime, even a little one, can’t remain covered up for long. I learned that when I was seventeen.