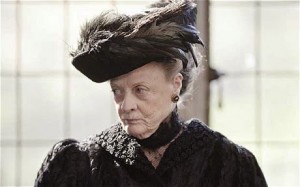 I’d be a liar if I said I didn’t want millions and millions of loyal readers—and dare I say it—fans.  I don’t think any scribbler can expect that.  Luck and timing is too big a factor.  If it happens, great, and if it doesn’t, that’s great too.  However, while I hope to garner as many readers as McDonald’s sells burgers, there is one person I hope doesn’t read my stuff—and that’s my dear old mum.

The problem is that I don’t want my mum to think less of me.  The rest of you out there, I really don’t mind what you think of me.  You don’t know me like my mum knows me.  You’ll take the book at face value because you don’t know any better, but mum, well, she’s going to be judging everything based on her parenting skills.  My stories are exposing parts of myself to my mum that she doesn’t normally get to see.

It would be different if I were writing kids books or something, but I write about nasty crimes or dangerous dilemmas, so “could contain adult themes” applies.  I don’t want my mum thinking that I know about “adult themes” well enough to write about them.  I’m her little boy.  I still believe in Santa and the Easter bunny.

This takes me back to when I was teenager and the family would sit in front of the telly and a low and behold, a nudey scene would crop up.  My reflex was to shout out, “Nice!  Boobies on TV.”  But I couldn’t say that or mum would say, “And what do you know about boobies, Simon?”  So instead there’d be a deafening silence until I said, “Tut, boobies on TV.  How crass.  Shame on you BBC.”

I’m not like this with my sister or my dad.  The difference being that my sister is my comrade in the trenches.  We’ve grown up together.  She has to walk the same minefield as I do when it comes to mum.  My sister will read something of mine and say, “Has mum read page 167?”  I’m more relaxed around my dad because he surprised me.  He was blown away that I wrote something that got published.  After he read my first book, I don’t think he put it down for a month.  I’m sure he wandered the streets stopping everyone he saw, saying, “My lad wrote this.  It’s really good.  Stunning for someone who fell on his head as much as him.  I didn’t think he’d ever learn to tie his shoes without assistance.”  He took the book to the local radio station, newspaper, library and anybody else who couldn’t outrun him.

I suppose I should back up.  I’m a little self-conscious about my writing, mainly due to esteem issues tracking back to my dyslexia.  I have this I-can’t-read-so-what-makes-me-think-I-can-write mentality.  Because of this, I procrastinated on telling my family about my writing.  Julie helped with this.  One day she just called my mum and dad, got them on the line, told them, “Simon’s got a book coming out next month,” and threw me the phone to explain.  Julie likes to solve problems through extreme measures.

I’m sort of making my mum out to be a bit of a monster, but she’s not.  A lot of my self-consciousness is self-inflicted.  I’m fearing ghosts that don’t really exist.  My mum has been supportive.  She does read my stuff, but I don’t go looking for a critique from her.  But mum, being a mum, isn’t scared of tossing in a few choice remarks.  Things like:

“I liked that one.  I thought it was the better than the others in the magazine.”

“That was twisted.  Why can’t you write something like that Michael Connelly or Harlan Coben?”

Mum can say all the nice things in the world, but I know she’s thinking, “Where does he dream up this stuff from?  I didn’t bring him up like that.”  Essentially, I don’t want to disappoint her.  She’s my mum and she deserves the best, number one son she can have.  So that means I have to write better.  I won’t duck a subject in a story—I’ll write the heck out of it.  I might be a demented little idiot, but the best endorsement my mum can give is—he’s best little demented idiot a mum could have.

Of course, admitting this is going to get me into trouble with mummy.  As long as she doesn’t read this, I’m fine.  She won’t have time to read this.  She’s busy.  Hmm, sounds like the phone is ringing.  It’s an international call.  She’s gotten to page 167.  I know she’s going to want to talk about that…