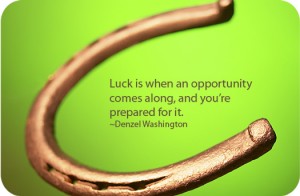 The reason I bring up J K Rowling isn’t to do with the rejection letter but with the element of luck that’s involved in creative pursuits.  Luck gives you a break and if you’ve got a story, it’ll connect. To not acknowledge it is folly.  I’m not sure why JKR chose to write under a pen name, but it does show success doesn’t come without an element of luck.  To have a book series like Harry Potter become a global phenomenon took a great deal of luck.  Who knows, if those books were published six months earlier or later, it could have been a different story.  It’s stunning how timing can change outcomes.  The reason I mention the Galbraith books is despite a major publisher behind them, they didn’t sell well until it was leaked that Robert Galbraith was in fact J K Rowling.  Stephen King did a similar thing with his Richard Bachman identity.  In that case he did want to see if he could be just as successful as Bachman as he was as King.  The answer was that yes he could be successful but not in the same realm.

The point I’m making here is don’t turn your nose up at good fortune.  It can only lead to disappointment.  Once you’re successful, capitalize on it, don’t shun it.  Look, I get it, once you become successful, there’s a little voice that nags at you.  They only like you because you’re famous.  They only publish you because you’re bankable.  So you start to doubt yourself.  It’s the problem of success.  IMHO, I think it’s a mistake to attempt to capture lightning in a jar twice because it’s never going to happen.  Both Stephen King and J K Rowling are great writers who deserve their due and shouldn’t doubt themselves.  It wouldn’t matter if they wrote a stunning book under a secret identity, because there is a really good chance it wouldn’t do as well as the same book written under their real names.  Notoriety has its privileges. 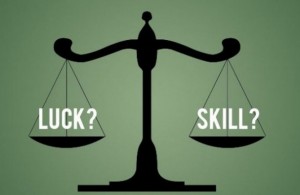 If I look at my own career for a second, it’s gone pretty well in the last five years.  Personally, I can point to five or six events that have propelled my writing career during that period.  Now, I freely admit that some of my luck in recent years is of my own making.  I can say that if I hadn’t sought to get my rights back from one of my publishers in 2010, I wouldn’t have any of the success I have right now.  However, I also accept that if it hadn’t been for the rise of ebooks at that same time, I wouldn’t be in the position I’m in right now.  I also toss in that if that publisher had hit rocks a year later, I probably would have missed a specific window of opportunity.  And on the flip side, I think my success would have been even greater if I’d listened to a writing friend who told me to go into ebooks in 2008.  I’m sure I could bore you crazy with a cause and effect chart plotting all this out.  Sorry, it’s the engineer in me.

I suppose I come from a different place than many other writers.  I’ve slogged away at this for nearly twenty years and I thank my lucky stars for the breaks I’ve gotten in recent years. Luck is something that can feel cheap because it can be seen as undeserved but—I accept it, embrace it and enjoy it—as it’s better to have luck on your side than not to have it.