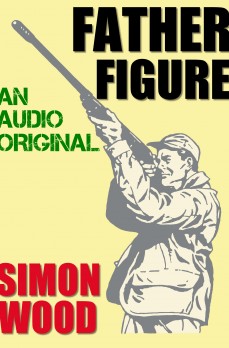 In this short story, Childs is a son of a bitch and a bastard—literally as well as figuratively—but what he really is, is a small time con man. He’s about to upgrade to the big time and go after the score of his life by bilking the software mogul, Charles Reston, out of every penny he can get. He’s going to do it by convincing Reston that he’s his illegitimate son, which shouldn’t be too hard as the billionaire is his father. However, the problem with the long con is that you get a little too close to your mark…especially when you’re looking for a father figure.

FATHER FIGURE is an audio original but is now available as an ebook.

“You landed on your feet with this one,” Rossberg said and slid an envelope across the table. “Planning something big?”

Childs smiled, saying nothing. He wasn’t sharing this score with anyone. This was a solo effort and for good reason. This one was personal. He took the envelope and slid a smaller one filled with hundreds under the table. He’d thought about stiffing Rossberg on the money, but decided against it. He didn’t want the heat. For once, he’d have to treat everyone square to keep them from gumming up the works.

Childs scanned the envelope’s contents. Rossberg attempted to pry his way into Childs’ plans, but gave up when he failed to answer even one of his questions. Rossberg gulped down the remainder of his coffee and stood.

“Thanks for breakfast. You need me again, you know where to find me.”

Childs nodded and watched him go.

His waitress came over to clear the plates. “You should let your food settle before setting about work. Too many people don’t take the time to smell the roses. It’s work all the time.”

“Really? That’s great. Can I get you anything else?”

The waitress moved on to her other tables and he looked at the eight by ten of Charles Malcolm Reston, his father. He hadn’t known his father’s name until his mother told him in the cancer ward. She’d always claimed she didn’t know which of the daisy chain of guys she’d banged had been responsible for his conception. How the hell she ever met Charles Reston, the software giant, he couldn’t even guess. Even at the time of his birth, Reston had been swimming in different pools than Jessica Childs.   She was a good time girl, according to her. Childs, and the State, viewed Jessica differently. They saw her as a hooker. He’d spent most of his formative years in foster homes. When she’d let the cat out of the bag, he hadn’t believed her. She was doped up to the gills to dull the pain and shoved in front of the TV all day that couldn’t go ten minutes without an ad for Reston’s software conglomerate. Fact and fiction were so easily merged under those circumstances. Besides, if she’d always known about Reston, why hadn’t she milked him for money? She’d milked Childs for enough over the years. He pumped her for information, but he hadn’t managed to get a straight answer out of her. But if he was in any doubt about his paternity then the photo before him dispelled it. He was the mogul’s son.

Now he just had to convince Reston.

The waitress refilled his coffee and after he downed it, he settled the check and left. He read the rest of Rossberg’s file in his car across the street from the diner. Rossberg had done a nice bit of detective work. It painted Reston in a more realistic light than the sanitized autobiography he’d lifted from a Barnes and Noble a week ago.

Childs ran scenarios through his head. He wanted Reston to fall for the son he never had, but Childs didn’t want love. He wanted cash. The son of a bitch owed him that much. This wasn’t out of spite, Lord knew he was deserving. No, Reston was a mark, no different from any of the others he’d conned. The one key difference about Reston was that he carried a few more zeros than Childs’ usual victims. Everyone was entitled to one big score and Reston was his.