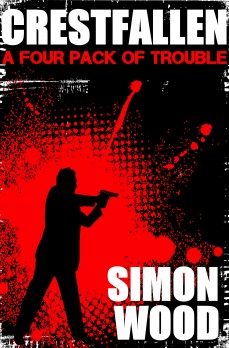 In this ebook collection of four short stories, Peter Crestfallen is a San Francisco private investigator who has a penchant for attracting problem clients. He’s the kind of gumshoe who’ll always give a hundred percent, even if it’s for a ten percent return.

For the story behind the stories, see Watching the Detectives.