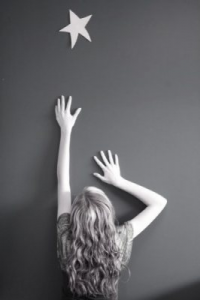 I’ve been quite lucky with my writing. I’ve had my stories appear in hardback, paperback, magazines, anthologies, on audio, on radio, in translation and even on a coffee can, but I’m not satisfied. I’m a restless kind of writer. I can’t just be happy writing books. I want more than that. I don’t think it’s because I’m greedy (although there could be an element of that, which I’ll let you decide). No, I think I’m ambitious, but more than that I’m eager to experiment. I want to be a storyteller and that means telling stories in different formats and different genres. So here are a few things that I’ve got on my writer’s bucket list:

WRITE A RADIO PLAY
More than just having a radio play produced, I want to write one that will appear on BBC Radio 4. I grew up listening to Radio 4 lunchtime serials, Sunday night serials and Book at Bedtime. They’ve done amazing adaptations of Chandler, LeCarre, Christie, Rankin, King as well as original works. I want to leave my mark in Radio 4’s sands.

WRITE A STAGE PLAY
For similar reasons for wanting to write a radio play, I want to write a stage play. I really enjoy the theatre. If done well, a live performance is amazing because it’s unfolding in front of you. Also I like the limitation of the stage. Only so many people can fit on there and the change of location is confined. I really like when a production thinks outside the literal box to stretch those limits. For anyone who’s seen the Woman In Black will know what I mean. So when Ruth Jordan at CrimeSpree suggested one of my short stories would make for a stage adaptation, the idea has stuck with me. Unlike my quest to appear on Radio 4, I’m driven to have a piece on Broadway or in the West End. I’m content to have something produced by a regional or local theatre. I just want to have fun with an idea.

HAVE SOMETHING ON THE SILVER SCREEN OR THE BOOB TUBE
I’d love to have one of my books or stories made into a movie or appear on TV. I think it’s most writers’ dream because it’s mass media and it’s a chance to have your story seen on a mammoth scale. Unlike most of my other writing ambitions, I don’t have any great desire to write a screenplay or anything as I’ve heard too many horror stories from my writing buddies, although I wouldn’t say no if asked. I’m content for others to take the story do something wonderful with it…hopefully. 🙂

WRITE A COMIC BOOK
As a dyslexic, I loved comics growing up. They were a real help: the words were sparse and the pictures filled in the blanks. Great stuff for a dyslexic. Naturally, I’d like write a comic book or graphic novel myself. I want to do something with pictures as well as words. I’m happy to write something original or play with an existing material. I’m not fussy. There was some tentative discussion to convert ROAD RASH or THE FALL GUY into a graphic novel but it didn’t come off, but I’m always eager…as you can tell.

WRITE FOR DOCTOR WHO

For me, The Doctor is the universe’s greatest hero. I’ve been watching since I was tiny. I’m no longer content to be just a viewer. I want to be part of the legacy. I want to add to the legend. Ideally, I’d like to write an episode, but I’m happy to write anything. Doctor Who is a multimedia extravaganza that spans books, comics, and original audio book based stories. I don’t care how it appears, I just want to say, “Yeah, I’ve written for The Doctor.”

WRITE FOR BATMAN
For the same reasons as Doctor Who, Batman is my all-time favorite caped crusader and I’d love a shot at writing an original story for DC (as I have them all mapped out in my head). Personally, I’d like to do an original novel as I’d feel too much pressure coming up with a comic book storyline.

I do have other writing ambitions, but they parallel many of things that I’ve mentioned here. I’m all ready and eager to do all these things. I just need to work out how I’m going to do it. Hmm, I was hoping it was going to be easier than this. Anyway, here’s to dreams coming true. 🙂