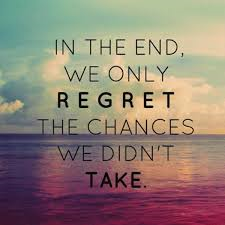 Recently, I was thinking about the mistakes I’ve made in my writing career.  There have been a few.  But what career doesn’t have some?  Screw-ups are all part of learning…as long as you don’t keep making the same ones again and again.

The reason I was thinking about my mistakes is because some good fortune has fallen my way (that I can’t share).  It was one of those wow moments because I never planned to be a writer and it seems really weird that it’s now my full time job.  I’m further weirded out when I look at my bookcase with all my various publications.  So my good news made me a little contemplative about my writing career so far, and my mind turned to my blunders and errors.  This wasn’t a case of self-flagellation.  More a case of playing what-if to see whether I could have reached this point earlier.  And in some ways, yes, I could have.  Some of my mistakes have slowed my career, but at the same time, the actions I took to remedy these situations also leapfrogged me much further forward than if I hadn’t made the mistake.  There’s also the factor of timing.  While every success has come with a lot of hard work, being in the right place at the right time has been a big element of my career.  This timing might not have been the same if I had smarter with some of my decisions.  So at the end of the day, my writing is where it is today because that was how my particular path was supposed to play out—for better or worse.  Wishing it went some other way isn’t worth the wasted energy.
That said, I want to share some of my writer regret—not as some sort of woe is me thing but as a reminder to myself to be a little more insightful in the future and as a guide to newer writers out there.
Like I say, these mistakes and regrets aren’t an excuse to sit around and moan.  They are reminders to always stay vigilant.  I’ve used all these mistakes mentioned above to make me a stronger and smarter writer.  It’s what I hope will sustain me for years to come.