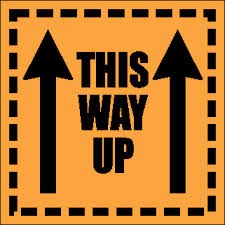 Driving Julie to the airport last week, I got a little reminder of my dyslexia.  Most people know dyslexia as a word related problem but it’s bigger than that.  Spatial awareness is also a symptom.  Personally, I don’t know left from right.  This isn’t strictly true.  I do know the difference but I get confused when faced with the notion of left and right.  If I see a symbol for a left turn or someone says something is on the left, the instruction gets garbled on the way to my brain.  I know what left is, but for the life of me I don’t understand the concept of left.  I end up standing there wondering which left people are talking about.  Mind-blowing, I know.  You really should take a spin in my brain for a day.
So how do I get about?  With great difficulty if I’m honest.  My internal compass is a little scwiffy. Consider a simple main street: if I look down it from one end, then look at it from the other end, I don’t recognize the street as being the same one. My brain doesn’t make the correlation and I see two totally different streets. Only after 20 or 30 times will I realize that the supermarket on the left side of the street going south is the same one as is on the right side going north. Naturally, this problem is compounded exponentially when you add cross streets and the complexity of traditional towns.
So when I get to know a town, I don’t get to know a town.  I have to get to know dozens of parallel towns all the same but just seen from different directions.  It’s a lot of work.
To combat the problem, I tend to follow distinct routes that I know so I don’t get lost, but most of the time I had no idea where I am going and I have to rely on blind faith that I will find my destination…eventually.  You wouldn’t believe the prep I do before going somewhere new.  I memorize Google maps before the trip.  Thank God for the US’ love of grid systems for street layouts or I would be generally lost most of the time.
So what happened on airport run?  On the drive out, we saw a snarl up pretty close to home that would be there for me on my return trip.  I was looking at a good half an hour of sitting in gridlock, but luck was on my side.  The snarl up was close to one of my bicycle training rides.  I could dump off the road, follow my cycle route and circumvent the traffic jam.  What a star I am.  Except, there was a problem.  I would be going in the reverse direction to my cycle route—and I’d never ridden it in reverse.  Usually in these situations I wouldn’t try this but I really didn’t want to sit in traffic and I had committed a number of landmarks to memory which I knew I could rely on, so I was feeling somewhat confident of a journey into the unknown.
Oh, how naïve of me.
I was OK for the first mile or so, but that was because I didn’t have any turns to make.  When I made the first one, I was lost.  The street was not familiar whatsoever, although I did know the name of the street.  I followed the country road hoping for a familiar landmark but saw nothing.  I took to checking the rearview mirror hoping to see something in reverse that would be recognizable but to no avail.  After several miles of taking turns, I didn’t recognize a damn thing in front of me or behind me.  I was lost, well and truly.  I surrendered and decided to drive purely on instinct.  I decided that if I kept on northerly course (using the sun’s position in the sky) I would end up somewhere close to home.  If not, I was going to be in Oregon by nightfall.  Eventually, I came to a crossroad  and against my better judgment, I make a left and lo and behold, a mile later I recognized a park  and know I was going in the right direction—much to my joy and astonishment.  Even though I knew I was on the right track, I still didn’t recognize any of the roads for the next three miles although I knew I’d ridden these roads for close to ten years on my bike—only in the opposite direction.
Only when I’d gotten home and pieced together my route did I realize the roads I’d taken.  I was astounded that I’d blown by a bunch of landmarks such as houses, funky looking trees, signs, etc. and not recognized a single one—and all because I was coming at them at the wrong angle.
I’ll be honest, I know my dyslexic brain has this major fault but even I marveled my incapability to recognize the route I took.  I’m still reeling that I didn’t recognize one particular house that I think is stunning but seeing it from the reverse angle, it meant nothing to me.  I really shouldn’t be allowed out of the house without a caregiver…seriously.
Anyway, I hope you’ve enjoyed this journey into the unknown with me and that you’ll view dyslexia with a difference perspective.  And kids, the moral of this story: don’t stray from the path…especially if you’re dyslexic.