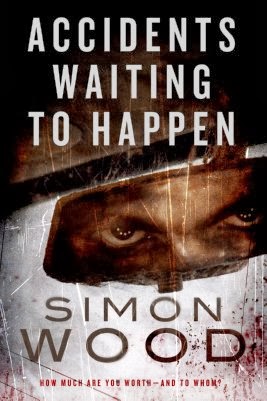 This bit is an update of an interview I did with Scott Nicholson a couple of years ago, but has some renewed relevance.
I remember when Marc Anthony exploded onto the music scene a few years ago.  He described himself as a “ten-year overnight sensation.”  I loved the remark when I heard it.  He’d been cutting records for a decade before his first breakout hit, but everyone assumed that he’d just gotten into the business.  The comment let the world know he’d been working his butt off for a long time before success found him, and it also gave you an idea of his dedication to his art.
Marc Anthony’s dedication is something I understand very well.   I’ve been working away in the publishing salt mines since 1998.  Whereas success comes quick for some, it’s taken its time with me.  I struggled to find an agent when I shopped my first novel, ACCIDENTS WAITING TO HAPPEN, and without an agent, editors wouldn’t read it.  I found success in the small press arena where an agent wasn’t a necessity.  ACCIDENTS was published in 2002 with a modest print run of 3,000.  Sadly, the small press struggled with distribution, but I picked up some nice trade notices that helped my profile, but that was about it.  The good word of mouth failed to land me an agent or a major publisher, although there were a few close calls. 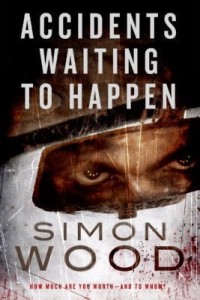 However, the good notices enabled me to pick up deals with other small presses.  I finally entered the world of New York publishing in 2007, but again not in the normal manner, which is common for me.  Still without an agent, I took advantage of a pitch session at a conference.  The editor liked what I had to say and three days later, I had a contract offer from Dorchester Publishing on a revised and updated version of ACCIDENTS WAITING TO HAPPEN.  Finally, I had a mass paperback deal, but Dorchester was a small player in traditional publishing and the book never got the distribution I hoped.
Distribution is a harsh lesson I’ve learned over the years.  Without it, a book’s success is hard to achieve.  I went on to do four books with Dorchester, until their much-publicized financial problems last year.  I found myself in the unenviable situation of trying to promote a book that became unavailable part way through a book tour.
Just as my Dorchester problems were coming to a head, I’d been experimenting with eBooks by publishing my backlist.  I must admit I wasn’t sure what I was doing at the beginning.  I think it took me a while to understand that the digital book market doesn’t work the same way as the print book market.  In February ’11, I re-launched my Dorchester titles.  Between February and June, I promoted one of the titles.  I learned that success in the eBook market is through recommendations from trusted sources.  I sent out review copies and press releases to websites and bloggers with strong followers and their thumbs up worked. 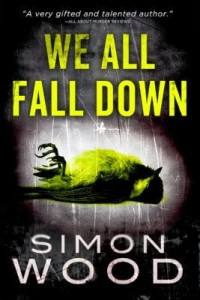 ACCIDENTS WAITING TO HAPPEN struck a chord with people and momentum took over.  Eventually, someone, somewhere was mentioning ACCIDENTS daily.  The sales spiked in April of that year and kept spiking.  By June, it was in the top 100 books at Amazon.  Then Amazon featured the book at the end of June ’11 and sales truly exploded and the book reached the #2 spot at Amazon.  I was quite frightened and staggered by the number of sales this title had generated in a three month period.  The nice knock-on effect from all this is that a rising tide raises all boats.  One by one, all my titles rode a wave in sale.  THE FALL GUY followed ACCIDENTS’ example by reaching the top 25 at Amazon.  ASKING FOR TROUBLE did really well for a short story collection and WE ALL FALL DOWN was another book to break into the top 25.
All these good sales drew the attention of Thomas & Mercer who took on six of my backlist titles and NO SHOW.  2013 has been a really good year.  The push Thomas & Mercer have given my books has helped find a new audience and has made NO SHOW the fastest selling book I’ve had to date.
So, from an outsider’s perspective, my success has been recent.  To my wife and I, it’s been fifteen years in the making.  While my fortunes have rarely run to script, one thing hasn’t changed and that’s my dedication to my writing.  My single focus for over a decade has been to have a career as a writer.  I’ve worked hard at my craft, learned the ins and outs of the industry, hustled when I’ve needed to,  sweet-talked and strategized to get the one thing any writer desires—readers.  Finally, that’s happening for me.  Success is sometimes an accident waiting to happen, but it never happen without hard work and determination.