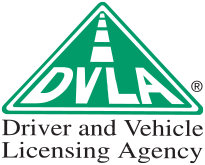 The DVLA scares me. For the non-Britons in the audience, this is the ominous Driver and Vehicle Licensing Agency. Essentially, it’s the UK’s equivalent of the DMV. Unlike the DMV, the DVLA isn’t everywhere. There are test centers, but all processing, communication and licensing is conducted by mail with the DVLA’s head office. And it’s the head office that scares me. Its anonymity makes it oppressive–it doesn’t even possess an address. You just address your letter to the DVLA, Swansea and it gets there. You don’t even have to put the postcode on it. What kind of organization has no physical address? Obviously, a scary one. What is the DVLA? An immense citadel projecting high into the clouds, dominating the Swansea skyline where Swanseans are trucked into through 100 foot high gates never to be seen again, just so that 30 odd million people can get their driver’s licenses? It’s possible. Maybe DVLA is actually invisible to the naked eye. It probably looks like a gas station or something if you stare directly at it, but if you snap your head away quickly, you’ll catch a glimpse of its gothic spires from the corner of your eye.

I shouldn’t complain too much. To its credit, the DVLA works efficiently. It processes applications, licenses arrive promptly and endorsements are never forgotten. The best part is there are no tedious lines and grumpy clerks to deal with. As government departments go, it’s good at its job. It deserves to be applauded, and have it’s employees slapped on the back for a job well done, but it’s invisible. I don’t know anyone, directly or indirectly who works there. So, why the anonymity? What is it that goes on there? Why is it that the organization wishes to blanket itself in so much mystery?

There’s a truth in Swansea waiting to be exposed, but alas, I’m not the one to discover it. I’ll leave that quest to you.