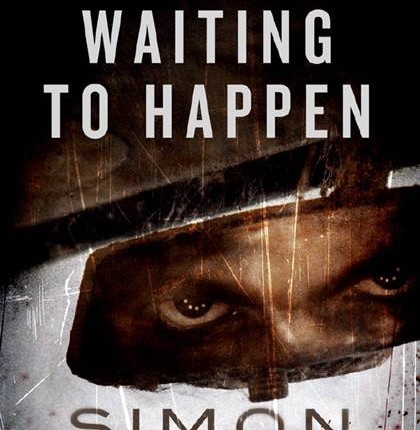 My first novel, ACCIDENTS WAITING TO HAPPEN, came out ten years ago today. Obviously, this book holds a special place in my life as it was the book that got my writing career going. It seems apt that Thomas and Mercer are releasing a new version (the 3rd in its lifespan) later this year. For those who don’t know what the book is about, here’s the plotline:

Josh Michaels is worth more dead than alive. He just doesn’t know it yet. He has no idea why someone would try to kill him, clearly that’s exactly what happened. When an SUV forced Josh’s car off the road and into a river, it might have been an accident. But when Josh looked up at the road, expecting to see the SUV’s driver rushing to help him, all he saw was the driver watching him calmly…then giving him a “thumbs down” sign. That was merely the first attempt on Josh’s life, all of them designed to look like accidents, and all of them very nearly fatal. With his time—and maybe his luck—running out and no one willing to believe him, Josh had better figure out who wants him dead and why…before it’s too late.

I find it a little spooky that if I hadn’t caught a five minute news piece on the TV about viatical settlements fourteen years ago would have not only led to a book, but that over 100,000 people would buy it. But serendipity is like that. It throws you an opportunity that will have a life of its own.

I think what even odder for this book is how it has grown over the years. First, it was picked up by small press publisher who printed a few thousand copies. The attention it gained at the time helped it land a mass paperback release. That led to a German language translation. Then the eBook success last year caught Thomas & Mercer’s attention and they bought the print and audio rights. Success has been slow, I guess, but it has been sustained. It’ll be interesting to what happens to the book when comes out at the end of the year, because I don’t things have plateaued. I still think there are more things in this book’s future. It seems to have the ability to run and run for some reason.

The book has been revised and updated for this new release. It’s been interesting revisiting the book again. I don’t there’s any such thing as a final draft and I reinforced that belief with this go around. I see how my writing style has changed (and hopefully improved). I revised it when it came out in paperback five years ago and I thought it was set in stone, but yet again, the editors and I made tweaks. I’m a little older and it’s funny to see how I disagree with my younger self. I may be actually becoming a wiser person…or possibly schizophrenic. Only time and a straight jacket will tell.

Anyway I hope more people will discover this book and its longevity continues. In the meantime, please enjoy the changing faces of ACCIDENTS WAITING TO HAPPEN.