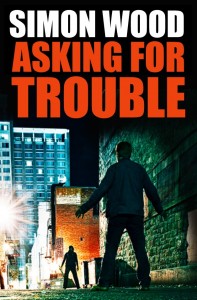 A revised version of ASKING FOR TROUBLE will be coming out at the end of the year. Working with the editors on it, a comment came back that a couple of the stories in the collection were too dark and they wanted to switch them out for something a little less disturbing. It wasn’t that they particularly violent, but that tone made the editor squirm. I understood their feeling and the upshot was that we replaced one of the stories and kept the other.

But let’s back up for moment. Tone is an interesting thing for me. I don’t think I write particularly dark. I will say I’ll broach subjects and explore our baser instincts, but I’m mindful not to make my stories too bleak. I want everyone to see a chink of daylight, even me. I don’t want to depress the reader or turn them off. However, I am drawn to the dark side (not in a Darth Vader kind of a way) but I’m fascinated by the idea of giving in to our whims and falling prey to our weaknesses—and that can get pretty ugly. And regardless of how scary and unlikable that is to me and the reader, I hope the reader will follow the characters down their dark path.

I know that my works gets classed as noir sometimes, but I don’t feel I’ve written anything noirish. While many of my books feature characters in desperate positions, I think the books are pretty lighthearted…kind of. 🙂

I suppose I’m saying you haven’t seen anything yet. I’ve yet to write something truly dark. That’s not to say I don’t have it in me. I know I have stories in me that people will find very uncomfortable. Again, dark doesn’t equate to violence. It’s all about the soul of a story and its subject matter. The bigger question here is will people read it. Is there an audience for it? I know we read for entertainment, but would you something that makes you shift in your sit from time to time? I know I would, but how about you? The path is there in front of you, won’t you join me.