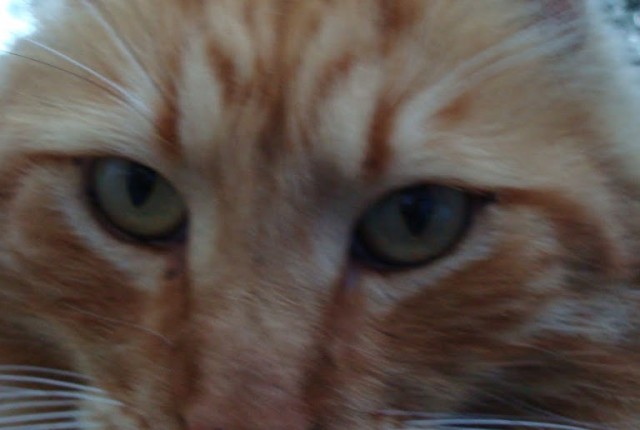 A few years ago, I wrote about a company, the horribly named Genetic Savings and Clone, which cloned dead cats for their owners. They were recently forced to closed down, partly because there weren’t many customers and partly from pressure from animal rights groups.

Now, I’m an animal lover and with the millions of cats and dogs that the pounds have to euthanize every year, it seems selfish for someone to drop $50,000 trying to recreate an animal that lived a full and happy life, especially when you consider what the ASPCA could have done with that windfall.

I totally understand how much a pet means. I still miss my Max, Oliver, Willow, Posey and all the animals that have been part of my life. I can’t bear to think of the holes Royston and my gaggle of cats are going to leave behind when their time comes. I have many fond memories of these guys so I understand the urge to prolong the relationship. Unfortunately, people who go in for cloning are missing out. They are forgoing the opportunity to give another wonderful animal a home. Just imagine how empty our lives would be if we kept to a narrow band of friends. Variety is the spice of life. Also, cloning a lost pet is doing that lost pet a disservice. The cloned animal will be expected to act as well as look the same. I can’t see how this can happen. The animal can be genetically replicated but its personality won’t be the same. That would rely on the owners injecting the same environmental stimulus that the original animal experienced and that’s almost impossible to pull off (see Ira Levin’s BOYS FROM BRASIL).

Ultimately, the cloning of pets will lead to heartache because the cloned animal can’t live up to its predecessor and will leave a tarnished memory of both the original animal and the clone. The cycle of life can’t be cheated. People need to move on.

Having seen pictures of the cloned cat, it did lead me think of a great scam. The cat looked very similar to other cats I’ve seen. I’m not sure, but I don’t think animal markings are unique like fingerprints. A black cat is a black cat is a black cat. So, I’m thinking I could set up a lab somewhere, toss in a couple of microscopes, test tubes and a Bunsen burner and throw on a lab coat and hey presto, I’m a bona fide animal cloner. Then I’d ask for a picture of the cat and go to all the pounds and pick up a kitten that fits the physical appearance and hand it over and take the money. The real cloning company admitted they couldn’t guarantee exact replication and neither would I.

“This is Tiddles,” the semi-satisfied owners say.

“But Tiddles was a girl.”

“Yes, I know. Cloning isn’t an exact science. Hormones can kick in during the incubation period and changes can occur. That’s $50,000 please. Cash or charge?”

I’d take the money and donate it to animal charities. I think I really have something here. 🙂